For me, music is more than a concept- it’s an identity, a purpose, a community, a way of living. I remember feeling a great sense of kinship when I first spoke to the team at the Science Museum about their vision for this brand new exhibition. I knew I simply had to be involved! Being chosen as one of the featured stories seemed too good to be true, especially since all of the discussions had to be virtual because of the ongoing plague. It was so hard to keep dreaming of the possibility of such joyous events through those dark times. Now, though, I am delighted to share with you that fantasy has become a reality! Turn It Up: The Power of Music is here- the world’s first immersive exhibition exploring the science of music’s mysterious hold over us and how it drives us to create, perform, feel and share.

It’s incredible to see the results of curators Dr Emily Scott Dearing, Lewis Pollard and Steven Leech’s creativity and dedication. So many fantastic artists are featured. The marvellous mechanical Mammoth Beat Organ, made by Sam Underwood and Graham Dunning, is included alongside the work of Sarah Angliss and Clarence Adoo’s instrument Headspace, which allows him to make music using only the movements of his head.

I was lucky enough to share my first experience of the exhibition with two of my favourite people, both inspiring composers: Lloyd Coleman, whose kindness in introducing me to the curators set all of this in motion, and Cee Haines. The display is very tactile, with the chance to get your hands on instruments ranging from trumpets to panpipes- there’s even a sonic playground! We were very taken with the pyrophone, an instrument powered by jets of flaming gas which was displayed alongside photographs of a cello made from solid ice. The jam session possibilities there are mind melting. We all had an absolute blast exploring, making Lego music and finding out how different sounds taste!

Seeing the roborecorder itself displayed in a glass case was beyond surreal. I would go so far as to say that it is the most proud I have ever been. From its conception after I visited Leafcutter John’s workshop back in 2019 to the Science Museum- what a trip! Watching people walking past and the expression on their faces on first seeing a cyborg recorder is everything I’ve ever wanted from life. Now that the exhibition is open I hope that many more people will be inspired to see the recorder’s full potential as a powerful tool for making electronic music. I’m delighted that a short snippet of my piece INNERVATE, whose creation was funded by Help Musicians UK Fusion Fund, is included in the display, and even happier that it sounds nothing whatsoever like a recorder might be expected to sound. You can read more about INNERVATE here and download the short story here.

Paraorchestra posse with Cee Haines. SO grateful to the team for sending this opportunity my way.

Turn It Up will be on display at the Manchester Museum of Science and Industry until mid 2023 and will then be touring for five years, so you have plenty of time to go and catch the roborecorder in action. Please do tag me on social media when you visit, I want to see all of your roborecorder antics! 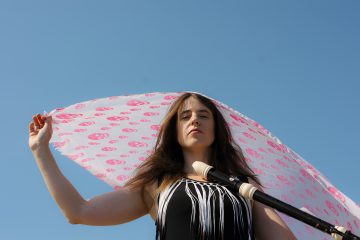 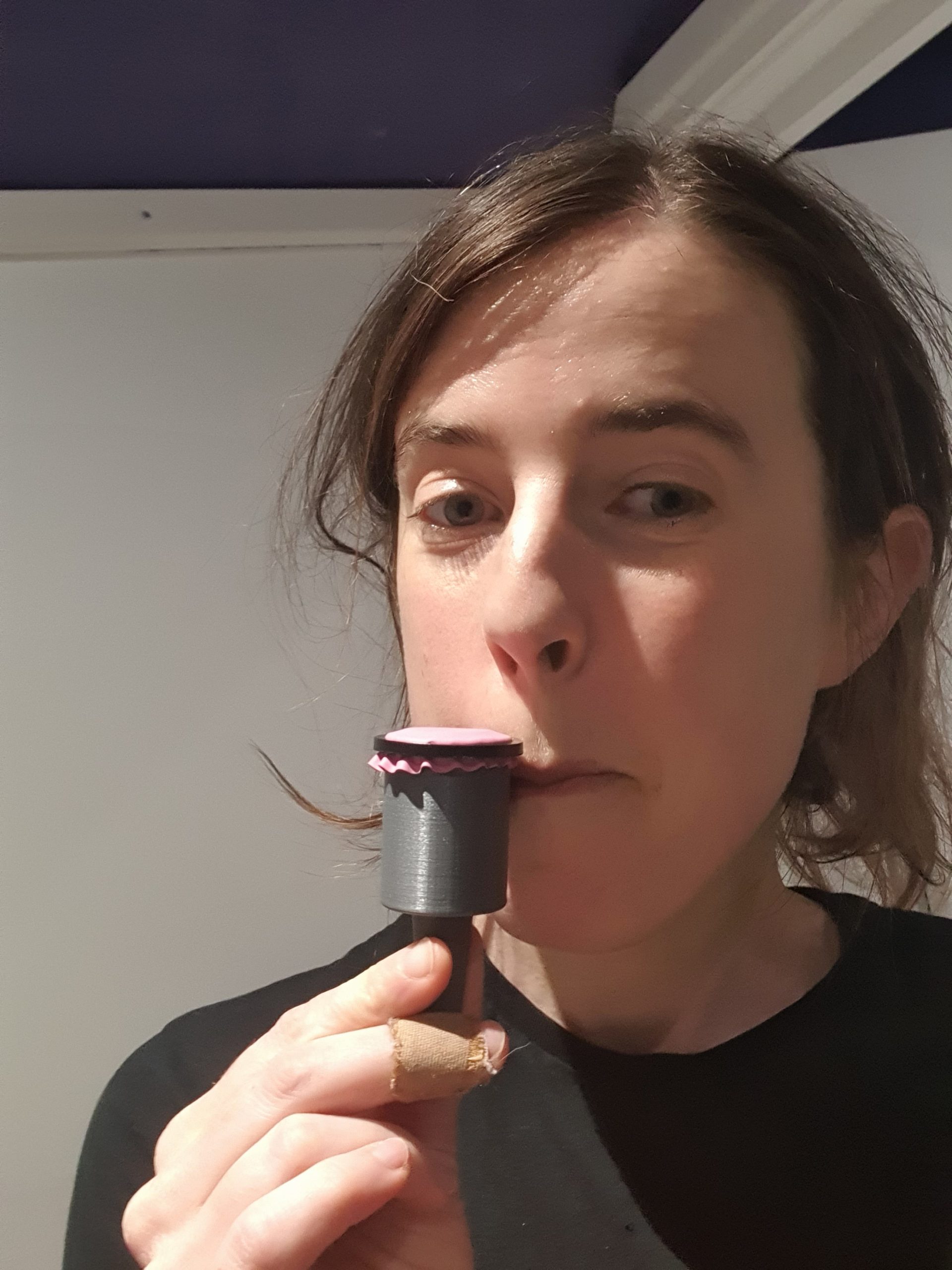 Why does no one send anything by post anymore?  I can confirm that there’s nothing which brightens up the day more than receiving a mysterious rubber implement in the mail. Especially when the object in Read more…